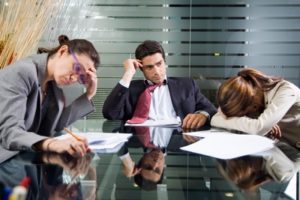 How many times can you look back at a meeting you attended stating to yourself, does this meeting have a purpose? If you’re like me so much time is wasted on meetings with no agenda, lack of follow through and to be honest lack of direction.

How much time do you waste attending poorly run meetings?

Every day, there are millions of meetings taking place in the corporate world. Unfortunately, there is no evidence to support this but I’m pretty sure that about half the time is probably wasted. Why do you think there are so many unproductive meetings? One reason for so many meetings being run poorly is that decisions and conclusions are indecisive and team members often find themselves returning to the same issues and decisions. In the end, every business and team have the potential to achieve great meetings, it’s a matter of outlining the meeting structure and it is the responsibility of the organizer of the meeting to thoroughly outline the meeting structure and process.

The following are some of the major problems we see with the meeting:

In the end, before you plan a meeting it is vital that the necessity of the meeting is determined. Once you have determined the purpose of the meeting and an agenda, only those that need to be involved in the meeting should be invited. If you think back to meetings in the past, how many people just sit there with nothing to contribute? With that said, the following are five elements we feel are critical to have well-structured meetings:

Meetings are often scheduled throughout the year at predetermined dates and times, however just because the meeting is scheduled, doesn’t mean you have to hold it. Obviously, if there is something productive to be gained by the meeting then it makes sense to proceed, however, if talking with one individual gain the same results cancel the meeting and save time. If the information is straightforward and requires no real discussion then an email or phone call may be an acceptable alternative to a meeting. Also, don’t include people that won’t contribute or don’t need to be there. Too much work time is wasted by having the wrong participants invited to a meeting.

This site uses Akismet to reduce spam. Learn how your comment data is processed.